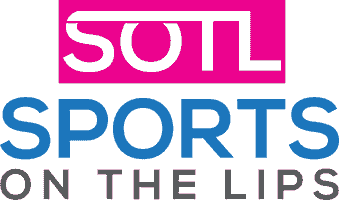 Sports On The Lips is a vehicle to change the narrative of the lack of women in the sports industry. The concept, coaching MVPs into CEOs using the power of networking through mentorship.  SOTL is a for-profit with purpose startup company dedicated to amplifying the voices of underserved young women and girls aspiring to work in the business of sports.  Creating equal access through mentorship and opportunities.

Shelly Wilson is the Founder and CEO of Sports On The Lips! Her passion for sports surrounding the relationship with her late father drives the SOTL concept today.

At an early age, sports were always a part of the conversation. Shelly and her father built a sacred bond that made sports the building blocks of their relationship. Growing up, Shelly wasn't a five-star athlete, BUT she was competitive, smart, and had a very high sports IQ. She attributes this to her father. Their time together included basketball games, baseball games, and even fishing!  Fast forward years later, that passion for sports that Shelly and her father shared surfaced and shaped

Shelly's career in the sports industry.

NASCAR is a family-friendly sport. It is also the career path Shelly chose so that she could be close to sports. While working for NASCAR, Shelly noticed disparities in the number of women, especially African American women, who were involved in the sports industry.  From this realization, Sports On The Lips was born.

Sports On The Lips mission is to connect underserved women to female mentorship in the sports industry, thus pushing a narrative that will build a strong pipeline of women who will enter the sports industry. We must lean on those who forged the way, to provide an opportunity for those who look to follow in their footsteps.

Copyright © 2021 SPORTS ON THE LIPS - All Rights Reserved.